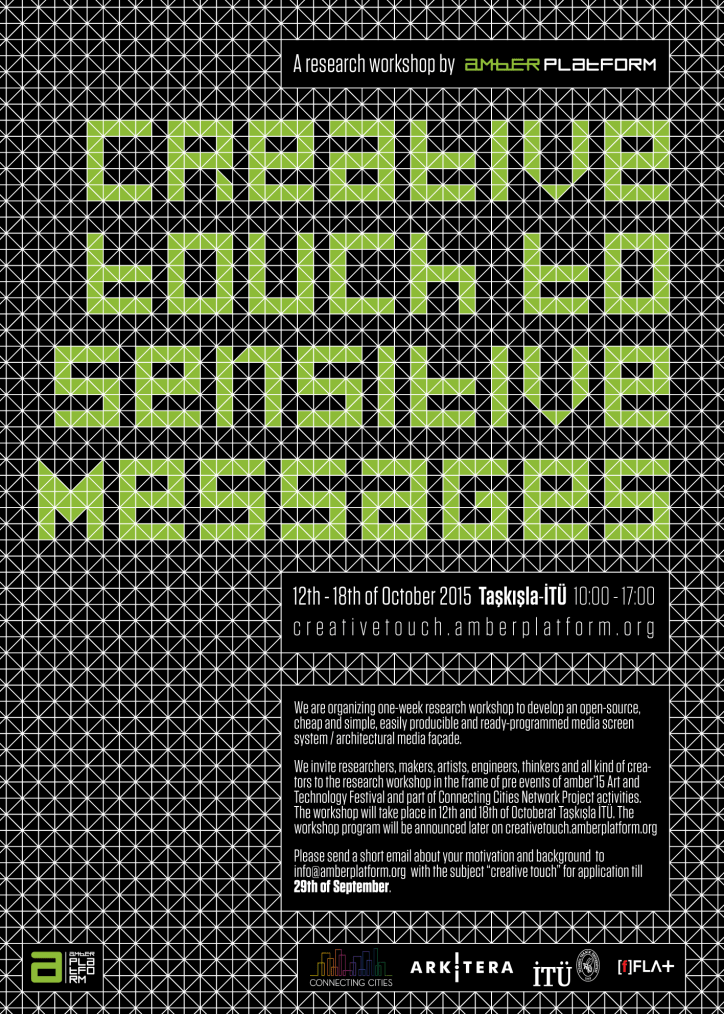 amberPlatform as a partner of CCN project and as an NGO working in the field of technology and art with a focus on cities as commons, artistic interventions in the cities, empowering citizens by the new technologies since 2010. Considering the city screens and architectural media facades, we believe citizens should have the chance to get their message powerful and impressing with its size, since the size matters in this capitalistic society of spectacle surrounded by media with no content. Hence we wanted to provide a medium impressive with its size, add a bit of creative touch and wisdom to the sensitive content provided by people.

We invite researchers, makers, artists, engineers, thinkers and all kind of creators to the research workshop in the frame of pre events of amber’15 Art and Technology Festival and part of Connecting Cities Network Project activities. The workshop will take place in 7th and 13th of September at Taşkışla İTÜ. The workshop program will be announced later on sensitivetouch.amberplatform.org.

As a follow-up to the workshop, a hackathon will be held on 31st of October and 1st of November on data/info visualization and sensitive content creation on “CITY and LABOUR” for the media façade created in the workshop that will be exhibited during amber’15(*).

Please send a short mail about your motivation and background to info@amberplatform.org with the subject “creative touch” for application till 29th of August. 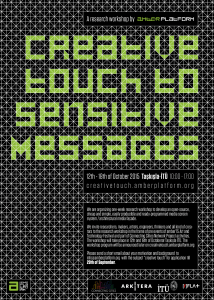 (*) This year amberFestival will take place in between 6th and 15th of November in İstanbul. amber’15 focuses on the labour in this post digital age, titled “Laboro Ergo Sum”